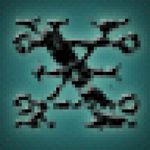 Hellfire (from Disney's The Hunchback of Notre Dame)Edit

Beat that 'a Maria

You know I am a righteous man

Of my virtue I am justly proud

Beat that 'a Maria

You know I’m so much purer than

Then tell me, a' Maria

Why I see her dancing there - that a'Maria

Why her smold’ring eyes still scorch my soul

The sun caught in raven hair

Is blazing in me out of all control

This fire in my skin

Is turning me to sin

It’s not my fault

I’m not to blame

It is the gypsy girl

The witch who sent this flame

It’s not my fault

If in God’s plan

He made the devil so much

Stronger than a man

Don’t let her fire sear my flesh and bone

And let her taste the fires of hell

Or else let her be mine and mine alone

Be mine or you will burn

God have mercy on her

God have mercy on me

But she will be mine

Or she will burn!

This is pretty much Harry Potter and the Goblet of Fire, but it's told from Cedric's little sister's point of view. Yes, I did make up that character. Her name is Amber Diggory, and she's a fourth year. She will most likely be a Hufflepuff or a Gryffindor.

The Night of the Green LightsEdit

What if the Potters' cat survived the night when Voldemort attacked the Potters' house? What if that cat just happened to be a tabby who looked like he'd run head-first into a wall? What if, twelve or thirteen years later, he was adopted by a bushy-haired witch who decided to name him...D

(NOTE: Was originally Kaylee Copper: First Muggle at Hogwarts, but I decided to change her name.) Arabella has always been able to do stuff that her friends can't. One day (it just happened to be September 1st), she came across something new in King's Cross - something hidden inside a pillar. As she unknowingly boards the Hogwarts Express, she learns something: she may be special, but she most certainly is not a witch.

The Life and Times of Dominique WeasleyEdit

Dominique is tired of just being the girl with the famous uncle. She wants to have people recognize her for who she is. Ever since she learned to walk, she's been doing crazy things just to get attention. But will it go too far?

Living In My Mother's ShadowEdit

Helena Ravenclaw is proud to be the daughter of one of the four founders of Hogwarts, and she knows that she'll be even prouder when her mother becomes her teacher and shows her all of the complex magic that none of the other founders had the brains to do. But disaster strikes - Helena is sorted into Hufflepuff! What can she do to show her mother that Ravenclaw is where she belongs?

Retrieved from "https://harrypotterfanfiction.fandom.com/wiki/User:Hermione524?oldid=12807"
Community content is available under CC-BY-SA unless otherwise noted.